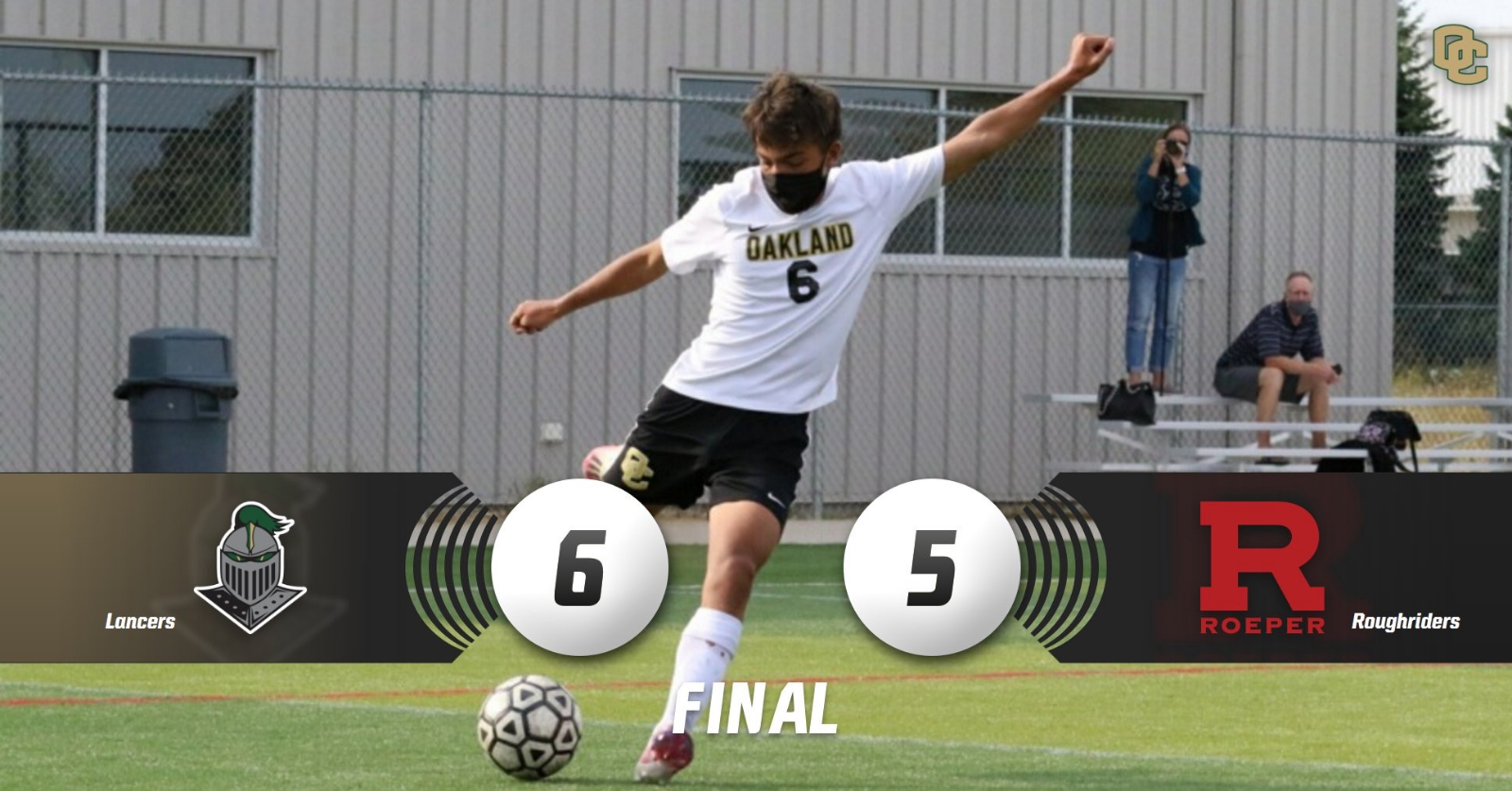 The Lancers Men’s Varsity Soccer Team travelled to Ultimate Soccer Arenas this afternoon in a key MIAC match up. OCS was looking to continue their strong play on the road once again.

Early in the match, OCS gave up 2 quick goals to fall behind 2-0. However, they did not give up and Sophomore Joshua Reyes was able to get the Lancers on the board with a fantastic shot from 25 yards out that was out of reach from the Roeper goalie in the top corner. Lancers were down only 2-1.

A few minutes later, Reyes again drove the sideline from a pass from Junior Jayden Peterson and fired a shot across the front of the Roeper net that deflected off an opposing player into their own goal tying the score at 2 apiece to enter halftime.

In the second half, Roeper once again was able to quickly capitalize and score 2 goals to go back up 4-2. Again, the Lancers remained resilient and this time Freshman Tommy Megie brought the Lancers within 1 on a great individual effort (assisted by Reyes) and shot from outside the 18 yard line to bring the score back to 4-3.

In the 71st minute, Senior James Smither scored a beautiful header from a Reyes corner kick to tie the score once again at 4!

Just 2 minutes later, Reyes would once again drive the sideline and send a beautiful pass to Senior Luke Shell who put the Lancers up 5-4 for the first time with 17 minutes left.

Unfortunately, Roeper tied the score once again at 5 with less than 10 minutes remaining .

Not giving up, OCS came back once again as Reyes laid off a pass to Megie as they both fought off 3 defenders and Megie drove the net and scored a beautiful goal to put the Lancers up 6-5 in an exciting end to the game!

The Lancers host Lutheran Northwest on Thursday, September 24 during SENIOR NIGHT! Kick off is at 4:30pm.