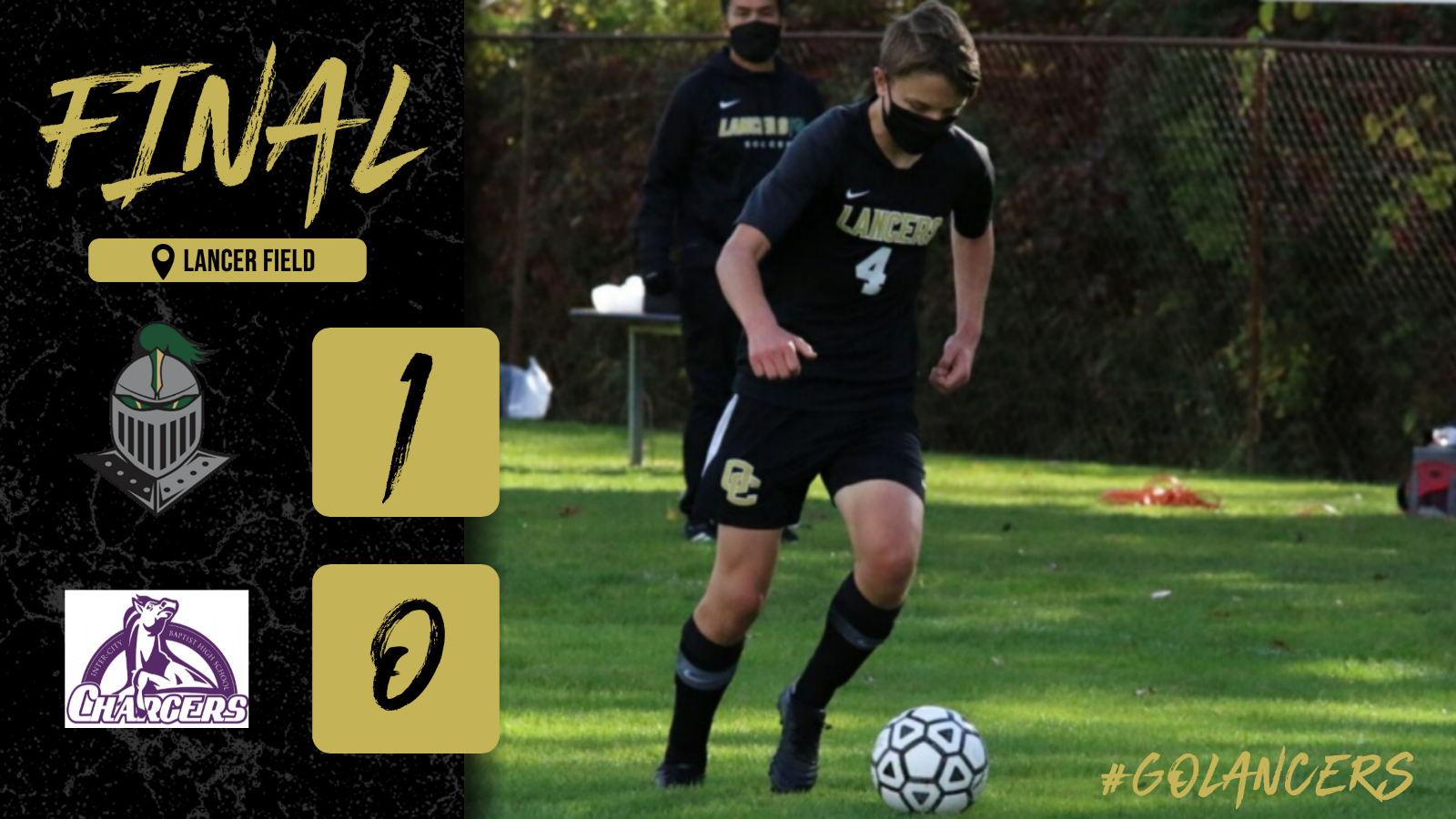 Men’s Varsity Soccer took the field this afternoon in an important conference match against Inter City Baptist. It was even the first half as the Lancers had chances but were not able to capitalize going into halftime 0-0.

It was a different story in the second half as OCS came out with energy and effort. They did a better job of possessing the ball and applied constant pressure to the Charger defense.

Senior Toño Muñoz received a pass from Freshman Owen Murphy and was able to drive the ball past the ICB keeper to put the home team up 1-0.

The Lancers next travel to Novi Christian on Saturday at 11am for a non-conference match to end the week.