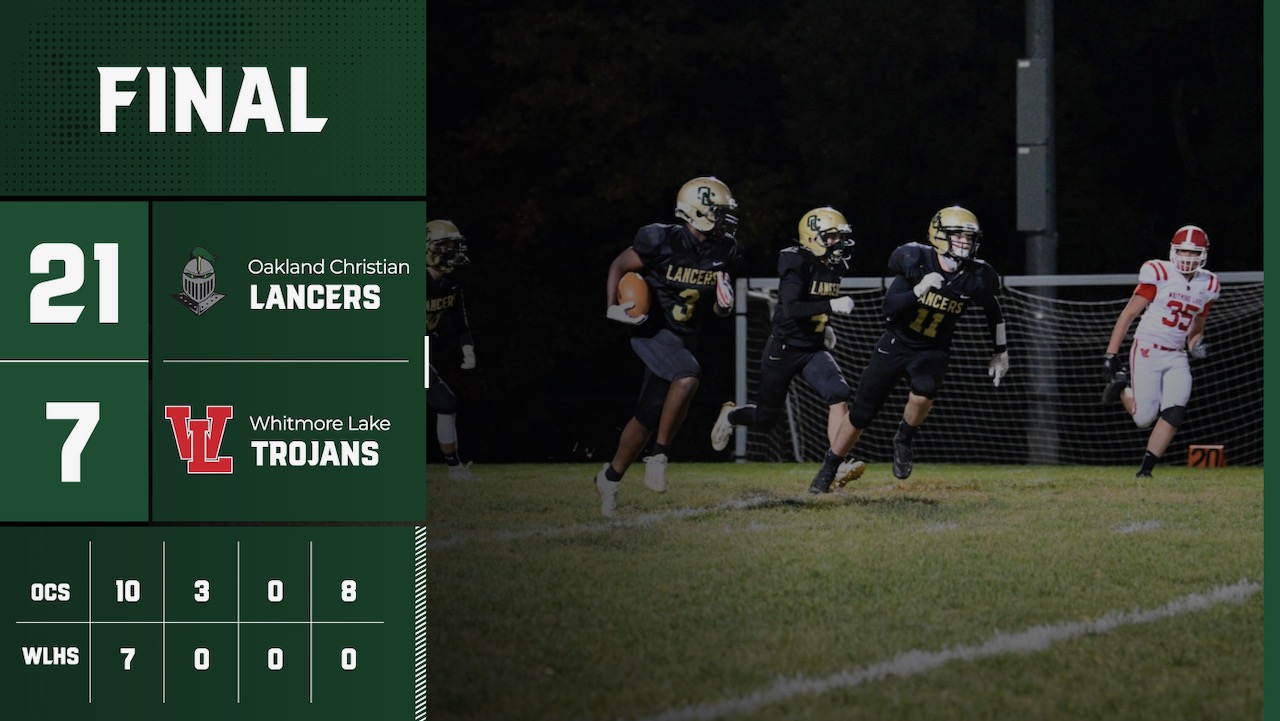 This year the two foes waged a defensive battle.

Whitmore Lake scored on an 80-yard run on their first play from scrimmage and the Lancers shut them down the rest of the way.  In three games this season, the Oakland Christian defense has given up only that score tonight.

The Trojans played a bend but not break defense.  They held the Lancers to two short field goals (32 and 30 yards, respectively from Connor Butcher) in the first half after Daniel Siminski ran 10 yards for a first-quarter touchdown.

Siminski iced the game in the fourth quarter with a 40-yard bomb to the end zone to Senior receiver Keith McAllister.

Through three games the defense has been the story for the Lancers.  OC had three goal line stands throughout the game.  Carter Lewis led the Lancers with 13 tackles while anchoring the high powered Lancer offensive line.

Siminski shined again for the third straight week by completing 17 of 24 passes for 201 yards.  The leading receiver was Ethan Townsend with 5 catches for 47 yards.  Senior Lake Patterson caught a big 42-yard catch that set up McAllister’s game-securing touchdown.