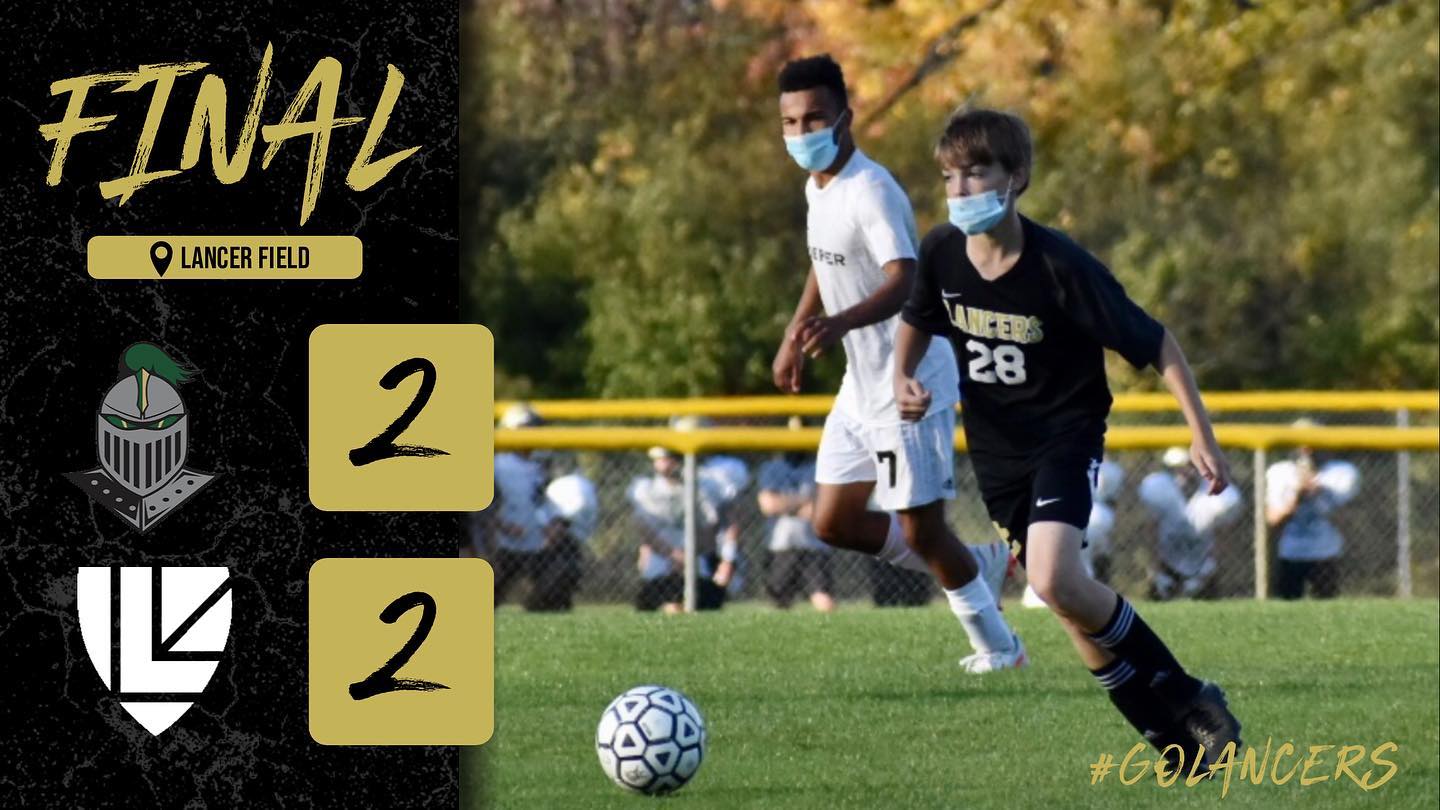 Men’s Soccer hosted University Liggett this afternoon in a non-conference match up.

The first half was evenly matched as the Lancers and visiting Knights went scoreless as both teams entered halftime.

Early in the second half, Senior Matt Antolak received a pass inside the 18-yard line from freshman Tommy Megie and shot the ball past the outstretched hands of the Liggett keeper to put the home team up 1-0.

OCS continued to fight hard and with less than 10 seconds left, Junior Jayden Peterson cleared the ball into the Liggett penalty area where their defender scored on his own net (own goal) with 6 seconds left on the clock! Time expired and the Lancers walk away with a hard earned tie knowing they competed with a talented Liggett team.

Men’s Soccer closes out it’s regular season on WEDNESDAY, OCTOBER 14 as they host MIAC opponent, Livonia Clarenceville. Come out and cheer on the Lancers before they head to the state tournament next week!