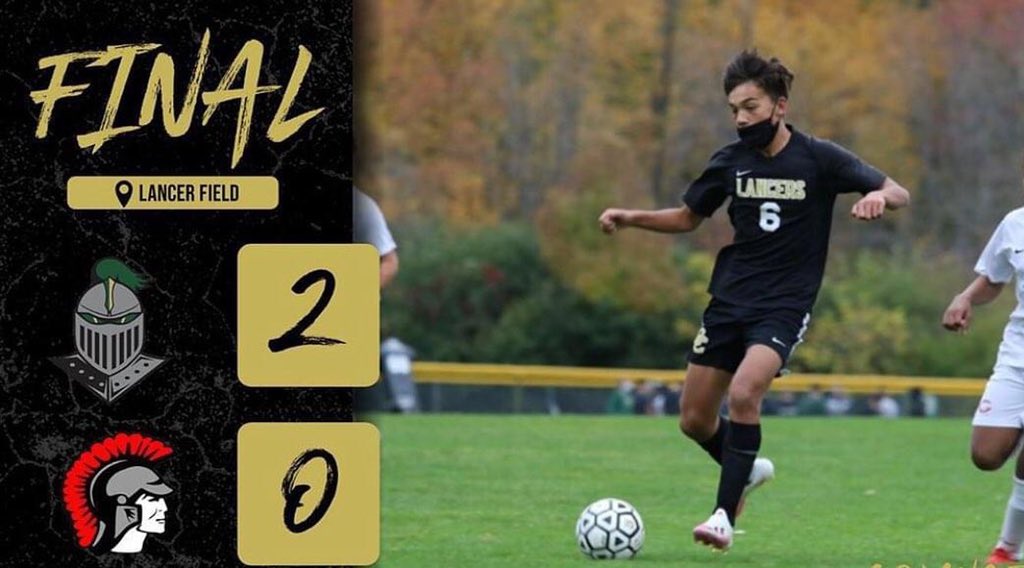 Men’s Varsity Soccer took the field in their final match of the regular season against MIAC rival Clarenceville on Wednesday. The Lancers were looking to finish the season strong as they head to the state playoffs next week.

The first half saw an even match between both teams. In the 38th minutes, freshmen Owen Murphy stole the ball from a Trojan player outside the 18 yard line and got a shot past the outstretched hands of the Clarenceville goalkeeper. Lancers lead 1-0 as they entered halftime.

In the second half, both teams picked up the play and had numerous chances. In the 50th minute, sophomore Joshua Reyes scored on a nice give-and-go with Senior Toño Muñoz to put the Lancers up 2-0 where the score would remain and give OCS the win to end the regular season campaign.

Junior Jayden Peterson earned the shutout (2nd of the season) along with the stellar play of the back line lead by Seniors Connor Butcher, James Smither, Matt Antolak, and Junior Luke Umphrey.

Next up, the Lancers face Lutheran Northwest in the MHSAA District Semifinal on Monday, October 19 at 4pm.