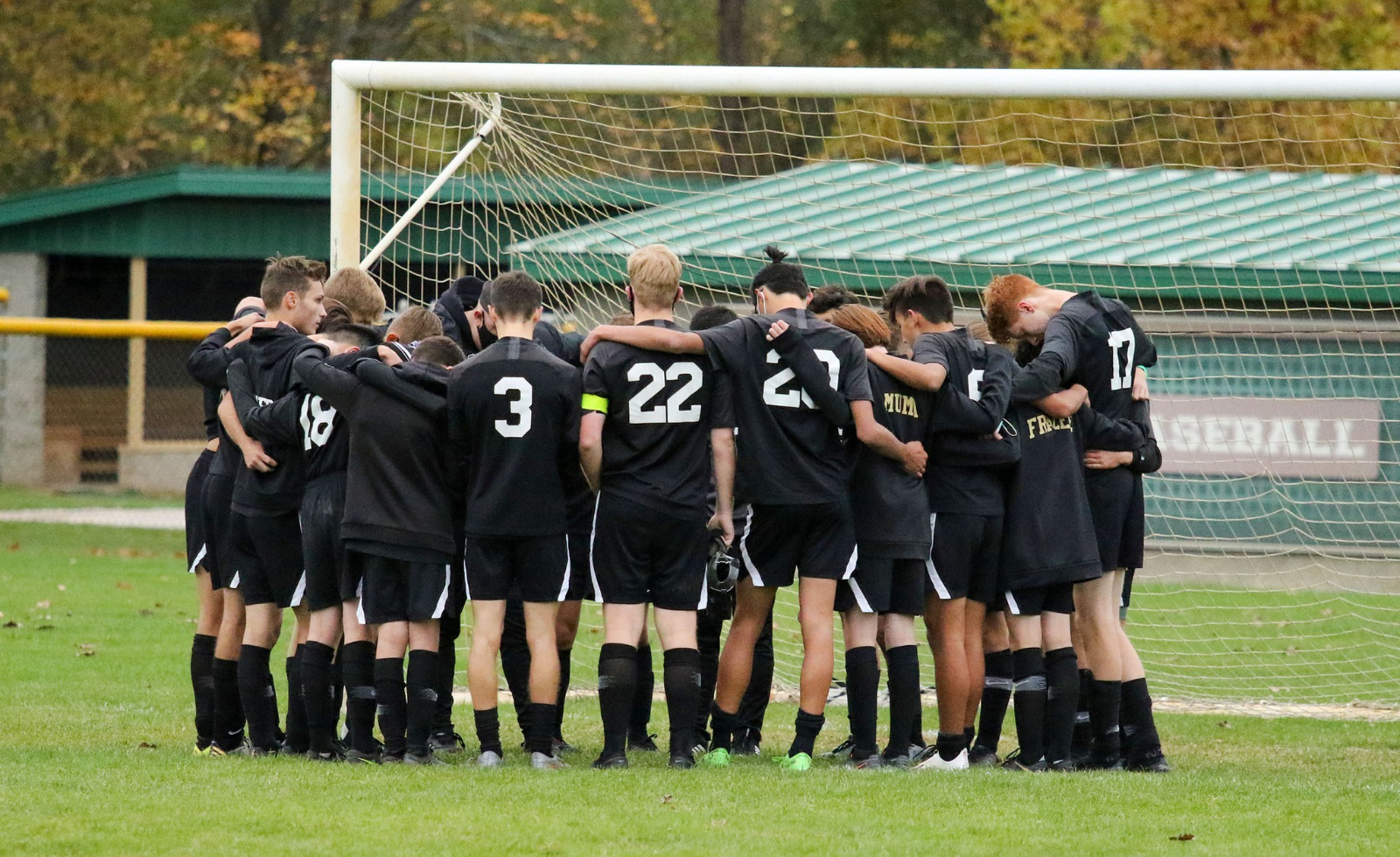 The Lancers Men’s Soccer Team took the field on Monday in the MHSAA District Semifinals against fellow MIAC team Lutheran Northwest. In what was expected to be a battle of teams motivated to move on in the state tournament, Lutheran Northwest capitalized first and scored in the first half to go up 1-0.

In the second half, OCS came out strong and was able to convert on a goal by Senior Toño Muñoz on an assist by Freshman Tommy Megie to tie the score at 1-1.

Lutheran Northwest continued their strong play and scored 2 more goals to go up 3-1. An own goal by the Crusaders made it 3-2. The Lancers tried to score the tying goal to send into overtime but were unable to convert as time expired.

The Lancers finished the season with a overall record of 5-4-4 and a conference record of 3-2-2 (2nd in MIAC Blue).

Thank you to our 6 Seniors who finish their OCS careers winning the 2017 District Championship, an appearance in the 2017 Regional Finals, and the 2018 MIAC Blue Conference Championship.

As we close the chapter on an unusual season, we are thankful to Oakland Christian, our parents and families, and our fans for your support this fall. Although we did not end the season in a victory, we know our victory has always been in Christ above all else.

We leave you with our season verse which we used as our guide both on and off the pitch. Thank you Lancer Nation!

‘But in your hearts revere Christ as Lord. Always be prepared to give an answer to everyone who asks you to give the reason for the hope that you have. But do this with gentleness and respect, ‘