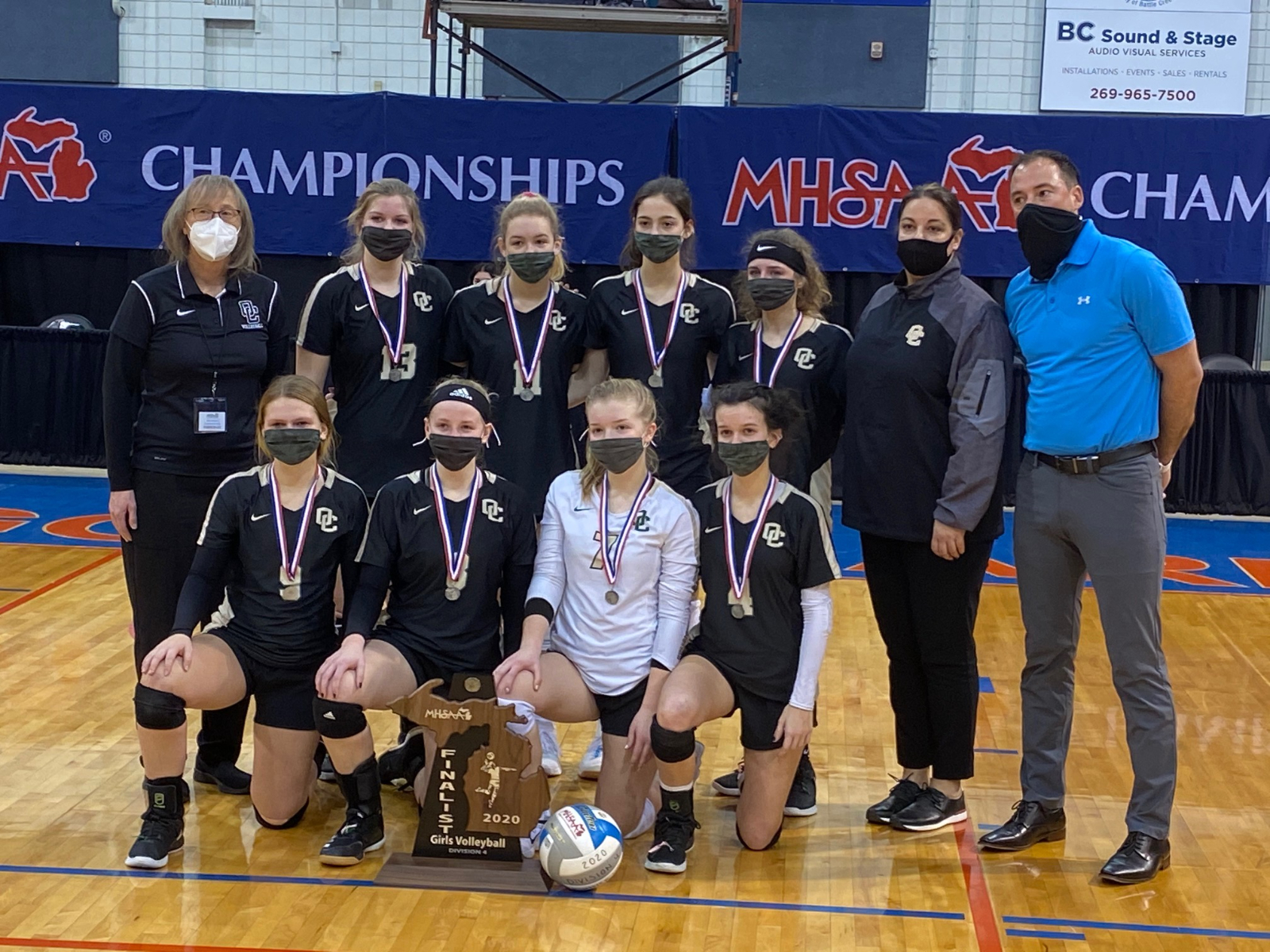 Congratulations to the Lady Lancers volleyball team for finishing the season as the MHSAA State Runner Up. The Lancers fell just short in a 5 set loss that went to extra points. The Lancers lost the first 2 sets but made a huge comeback winning the 3rd and 4th sets before losing to Battle Creek St. Philip Catholic Central 17-15 in the 5th set. In a day that had three other state finals go 3-0, the Lancers found the fight to never quit which created the most exciting match of the day and almost made the outstanding comeback to win a title. 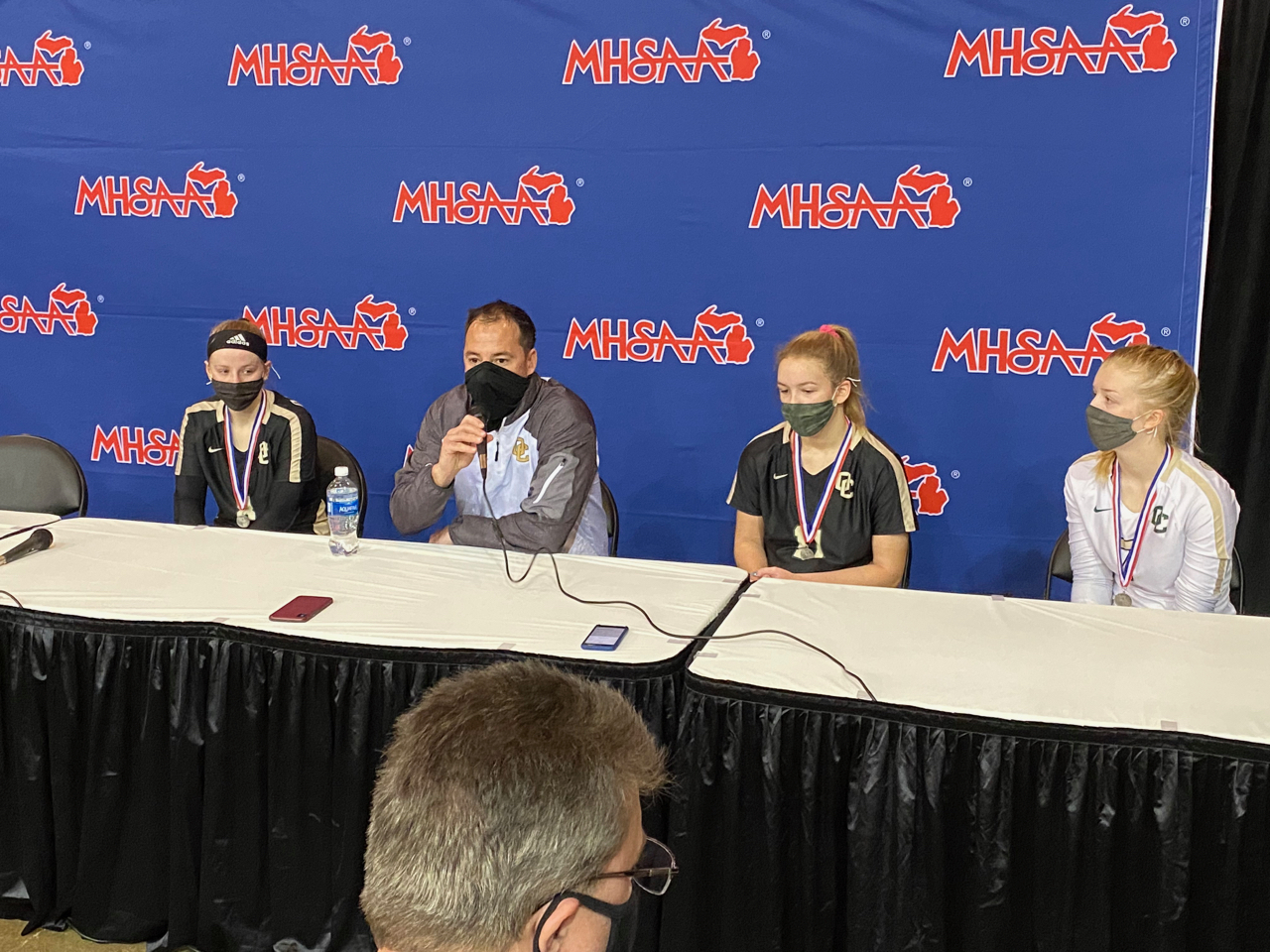 This season was different from the start with practices outside but the team had a three-year goal to reach Kellogg Arena. After winning a District Championship followed by a Regional Championship over Inter-City, the playoffs were suspended. Play then resumed on January 4 to try and finish the season. The Lancers competed against Ubly in the quarter-finals and won 3-1 to advance to the semi-finals in Battle Creek. During the semi-finals, the Lancers rose to challenge and as they had done during the Ubly game found ways to come from behind in their sets against Carney-Nadeau to win 3-1 and advance to the state finals.

With the completion of the season, we say good-bye to a senior class that has seen a great amount of success. As freshmen and 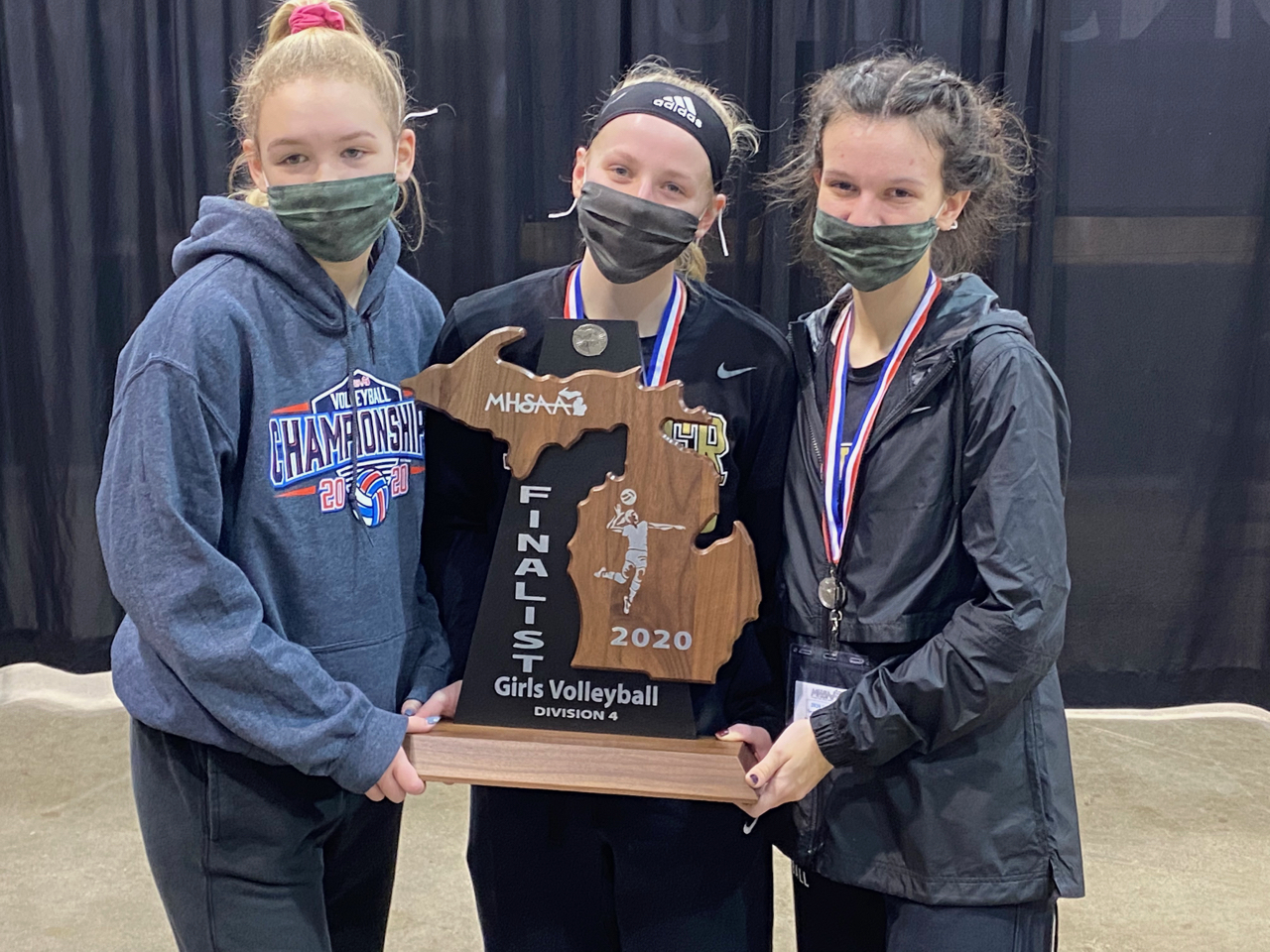