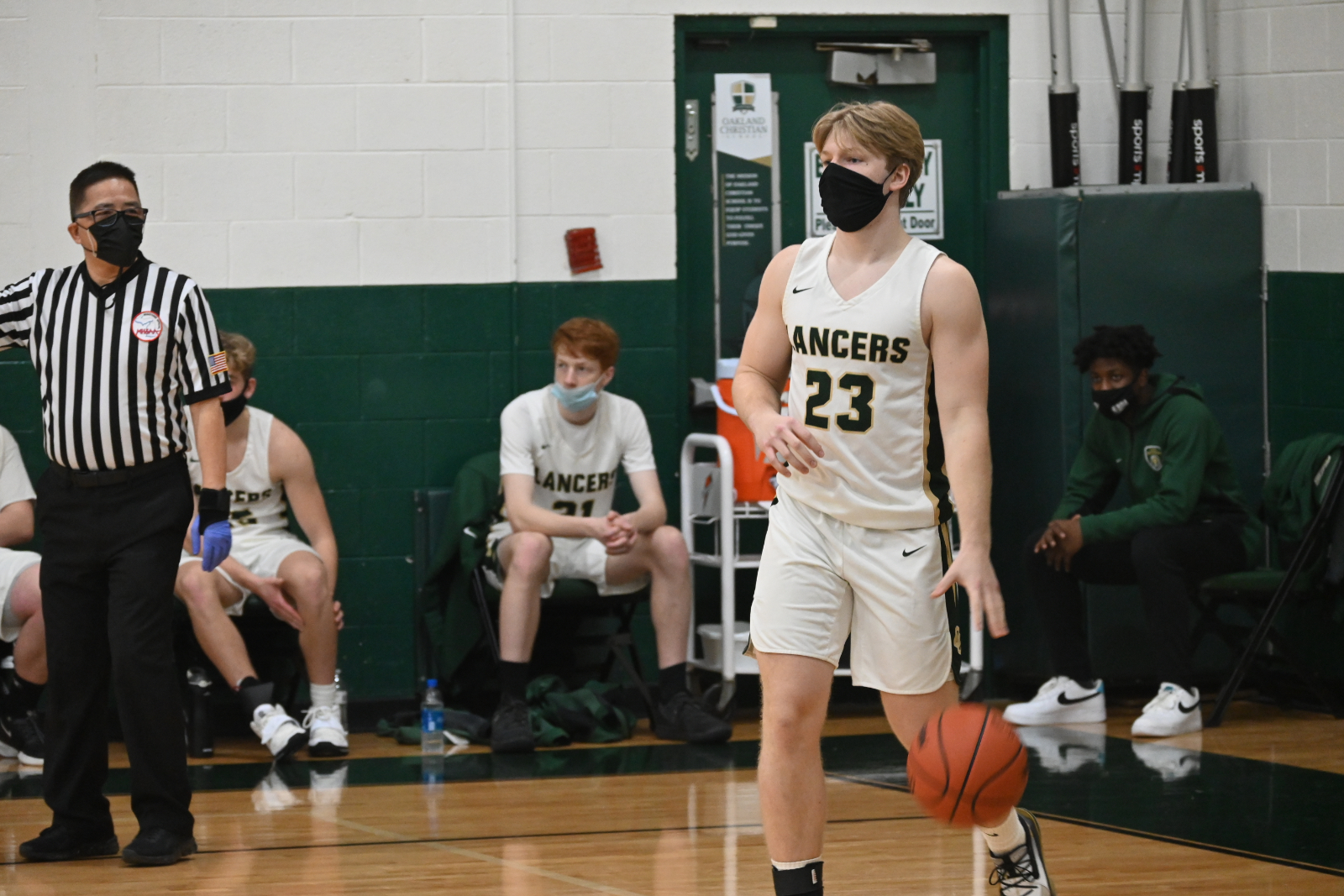 The Mustangs of Lutheran North jumped to a quick 4-1 lead in the first couple of minutes of the 1st quarter, but the Lancers responded through strong defense and the scoring of Jack Currie and Mason Kolb to end the quarter up 10-4. The Lancers kept and extended the lead in the 2nd with a well-rounded attack winning the quarter 14-12 to take a 24-16 lead into the locker room.

The Lancers came out of the locker and continued where they had left off, and behind the scoring of Lake Patterson and Mason Kolb maintained their lead heading into the 4th quarter. On a night where the Lancers defense held Lutheran North to 23% from 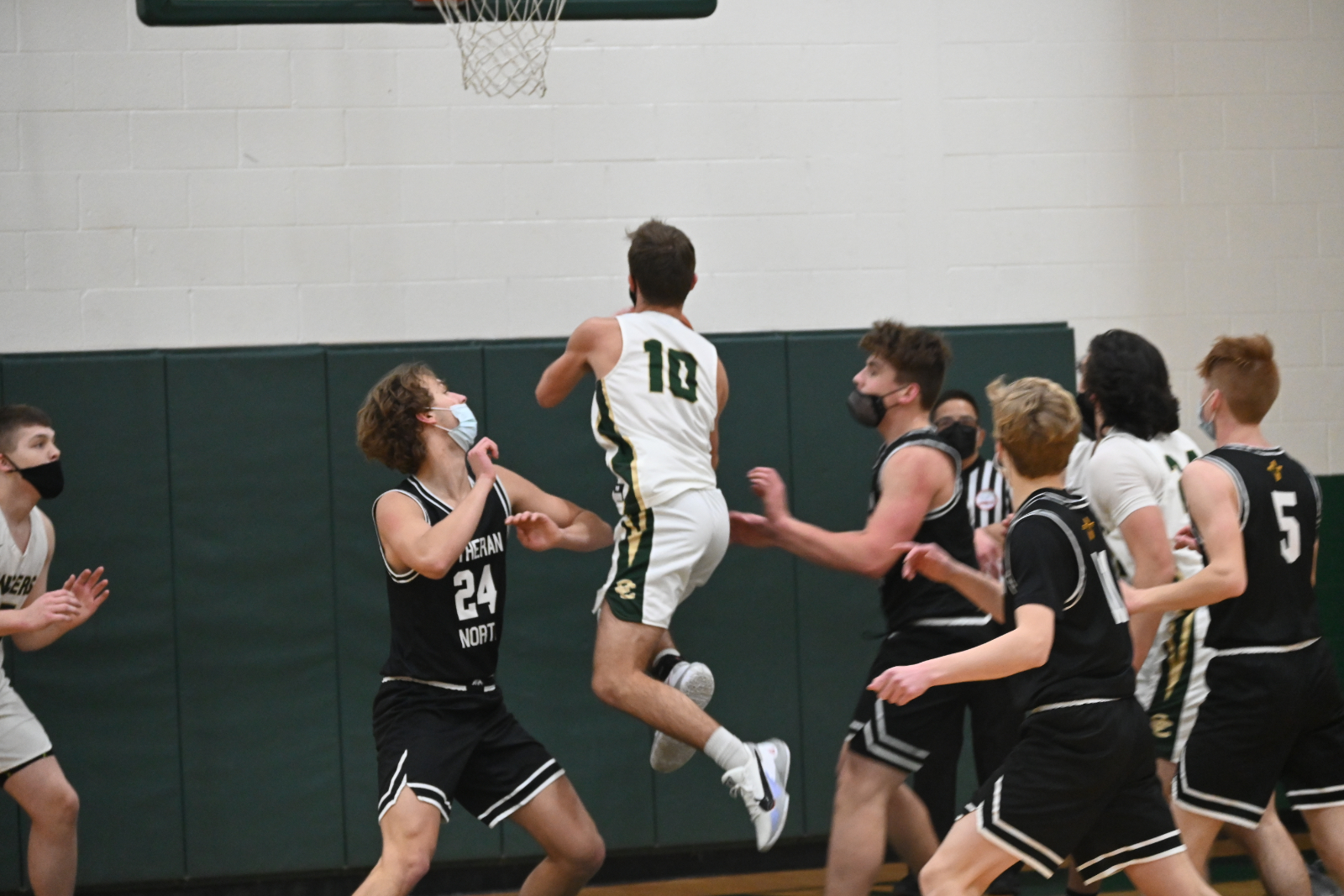 the floor and just 8% from behind the arc, Ben Narr hit the only two 3-pointers for the Mustangs to try and lead a comeback. Lutheran North cut the lead to 4 before Dan Siminski took matters into his own hands hitting his only 2 baskets of the night and 2 free throws to help the Lancer pull away for the win.

Lake Patterson led all scorers with 17 points with the remainder of the scoring spread across the Lancers roster.  The game was won on the best defensive performance the Lancers have had all year and then timely free throws to hold off the late run of the Mustangs. The Lancers advance to 7-3 and welcome Cardinal Mooney next Tuesday for another non-conference match-up.