The Oakland Christian Varsity Volleyball team took first place in the gold division at the Oakland Christian Invitational Saturday, August 24, 2013.  The Lady Lancers beat Shrine in the semi-finals and Greenhills in the finals.  Coach Larned said, “It was a total team effort.” It was a great way to start out the 2013 season. Way

Click on the Link below to read the NorthOaklandSports.com football preseason review for the Michigan Independent Athletic Conference. http://northoaklandsports.com/2013/08/27/17371/#.Uh4NK7wU45F

The Oakland Christian athletic department has published their webpage that lists the medical personnel they recommend. As an athlete the use of proper medical personnel is important to a quick return to court or field. Pediatricians are not the best source for athletic injuries. This page can be found in the Lancer HQ drop down 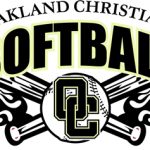 The date of the Middle School Boys Basketball Camp has been changed to July 22-26. To better instruct the student-athletes the camp has been moved. If you have any questions, please contact Dennis Hopkins in the athletic office at dhopkins@oaklandchristian.com.

Congratulations to the boys’ golf team for their seventh place finish in the MHSAA State Finals. The golf team has now finished in the top ten for the sixth year in a row. No other team has held this standard for the last six years. Congratulations! 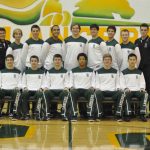